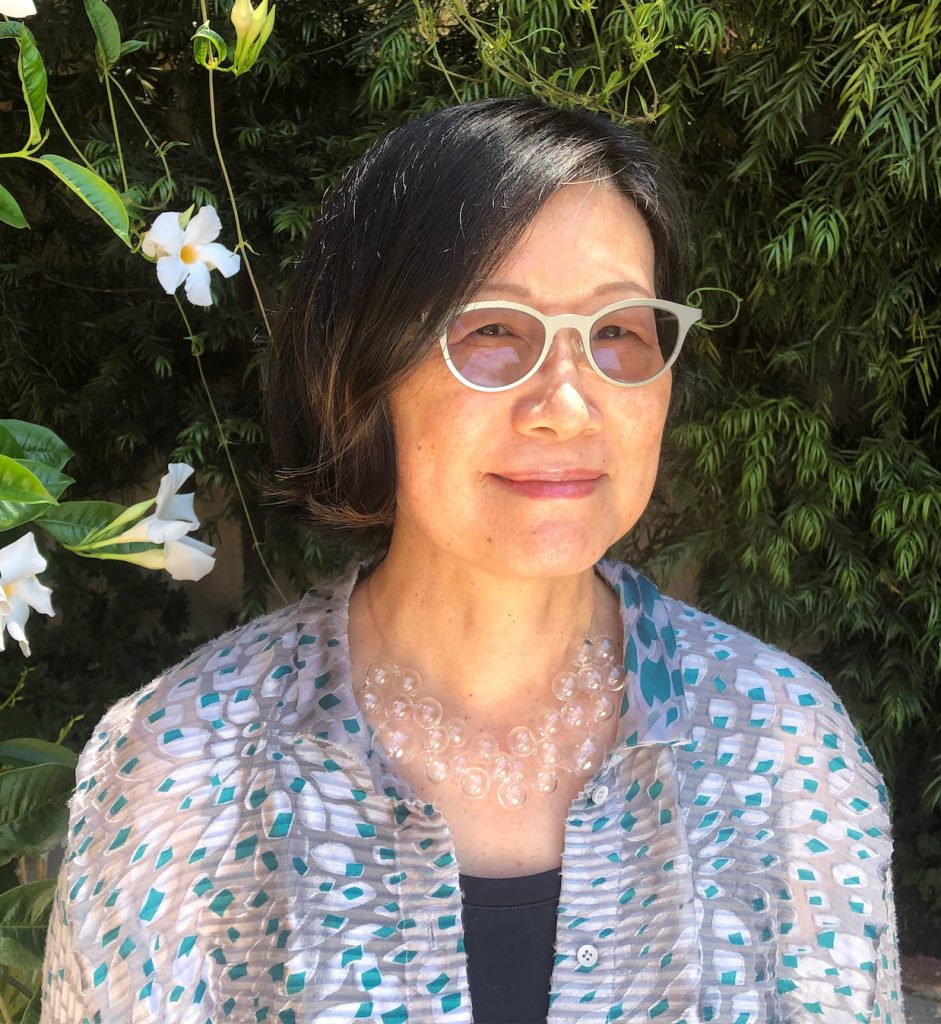 Shu-mei Shih, born in South Korea to parents who escaped the Chinese Civil War (1945-1949) to South Korea, was educated in South Korea, Taiwan, and the United States.  She is the Irving and Jean Stone Chair Professor of Humanities, with a joint appointment in the departments of Comparative Literature, Asian Languages and Cultures, and Asian American Studies at the University of California, Los Angeles.  She was the inaugural Edward W. Said Professor of Comparative Literature (2019-2022) and the president of the American Comparative Literature Association (2021-2022).  An elected fellow of the Hong Kong Academy of the Arts and Humanities, she is also the recipient of a distinguished alumnae award from National Taiwan Normal University.

Among other works, her book, Visuality and Identity: Sinophone Articulations across the Pacific (University of California Press, 2007), has been attributed as having inaugurated a new field of study called Sinophone Studies.  Its Mandarin Chinese translation has gone into three printings (Linking Press, 2013; 2015; 2018) and its Korean translation appeared a few years later (Hakkobang, 2021).  Sinophone Studies: A Critical Reader (Columbia University Press, 2013) is a textbook that she co-edited for the field.  Her latest work in this field is Against Diaspora: Discourses on Sinophone Studies （反離散：華語語系研究論）, a monograph published in Taiwan (Linking Press, 2017; second printing, 2018; Korean translation in progress).  She is currently co-editing a new anthology of Sinophone studies, entitled Sinophone Studies across Disciplines, forthcoming from University of Columbia Press, and completing a substantial monograph entitled Sinophone Divergences: Race, Theory, Empire.

Besides Sinophone studies, her areas of research include comparative modernism, as in the book The Lure of the Modern: Writing Modernism in Semicolonial China, 1917-1937 (University of California Press, 2001; Mandarin translation 2007); theories of transnationalism, as in her co-edited Minor Transnationalism (Duke University Press, 2005; second printing, 2009); critical race studies, as in her guest-edited special issue of PMLA entitled “Comparative Racialization” (2008); critical theory, as in her co-edited Creolization of Theory (Duke University Press, 2011; second printing, 2014).

For her dedication to Taiwan studies, which she considers a labor of love, she edited a special issue of Postcolonial Studies entitled “Globalization and Taiwan’s (In)significance” (2003), and several co-edited volumes: Comparatizing Taiwan (Routledge, 2015; paperback, 2018); Knowledge Taiwan: On the Possibility of Theory in Taiwan (知識台灣：台灣理論的可能性)(Linking Press, 2016); and Keywords of Taiwan Theory (台灣理論關鍵詞) (Linking Press, March, 2019; second printing May 2019); Indigenous Knowledge in Taiwan and Beyond (Springer, 2021) and the forthcoming volume Keywords of Taiwan Theory II 台灣理論關鍵詞II。

Besides Sinophone Divergences: Race, Theory, Empire mentioned above, she is also currently working on another monograph entitled Comparative Literature in a Relational World, as well as a Sinophone essay collection entitled Transborder Theory (跨界理論), from which this lecture series is drawn.