Since the import of Western logic onto Chinese soil, many people have been doubtful about whether the Chinese had originally been able to think logically. In parallel, a lot of scholars have raised the following questions: “Was there a Chinese logic?”, “Is Chinese logic the same as Western logic?” In these contexts, some specific features of Chinese characters have been employed as evidence in proving the thesis of non-existence of so-called Chinese logic. Nowadays a more popular consensus is that due to the hieroglyphic nature of the Chinese language, logical thinking was originally foreign to Chinese people, whereas they were more at home with intuition. Only recently some Chinese scholars in the mainland claimed that Chinese people were also skilled at “imaginary thinking.” However, given the fact that “imaginary thinking” does not consist of any reasoning, it is not qualified as “logical thinking.”  So, “is there really a Chinese logic?” If the answer is affirmative, then what kind of logic is it? In order to clarify such an important issue, it is necessary to explore the genuine characteristics of the Chinese way of thinking. These lectures aim to show that the Chinese way of thinking is basically “analogical,” and as a result, Chinese logic consists of “analogical inferences.”  In illustrating the Chinese way of thinking (Chinese logic), we will contrast it to the Western deductive way of thinking (formal logic) and the Indian indicative way of thinking (Buddhist logic). Particularly, in arguing for the thesis that there are only three elementary ways of thinking, it will provide a semiotic justification. In regard to the popularity of AI (machine thinking), we will show its limitation in terms of the specific character of the analogical way of thinking.

First Lecture: What is a Way of Thinking? The Basic Features of Phenomenology. The Relationship between Language and Thinking

First Lecture: What is a Way of Thinking? The Basic Features of Phenomenology. The Relationship between Language and Thinking

This series of lectures is mainly founded upon the lecturer’s forthcoming book Phenomenology of Thinking. According to the founder of phenomenology Edmund Husserl, there is a correspondence between psychology and phenomenology. As M. Merleau-Ponty’s phenomenology of perception was a response to Gestalt-psychology, this work signifies an attempt to go hand-in-hand with cognitive psychology.  In view of the ambiguity of the term “way of thinking,” we understand it in the strict sense as referring only to the intelligent activity of the human mind functioning as a means of cognition that gives rise to the formation of logic. Whereas a way of thinking sees its basic unit in “information” (which can be true or false), logic concerns itself with “knowledge” (which must be true).

In general, phenomenology is descriptive in character. With the slogan “back to the things themselves”, it aims to describe the things as they are, nothing more and nothing less. In letting things show themselves from themselves, it opposes any “reductionist” approach.  Particularly, phenomenology of thinking sees its task in making explicit our experiences of thinking. Accordingly, it clarifies the origins of different fundamental ways of thinking as well of their respective corresponding types of logic.

Given the impossibility of any direct observation of the activity of our mind, though not of the brain, the only way of investigating our thinking activity has to take a “linguistic detour.” Taking the essential connection between language and thinking in view, language “outwardly” shapes our worldview — as Benjamin Whorf claimed, whereas we recognize that different languages “inwardly” contribute in a significant manner to the formation of different ways of thinking.

Given the central topic of the Research Centre of the Chinese Way of Thinking, our lectures seek to answer the question: Why is the Chinese way of thinking primarily “analogical,” rather than “deductive?”

Second Lecture: The Mohist Logic as a Theory of Analogical Reasoning and its Application

Second Lecture: The Mohist Logic as Theory of Analogical Reasoning and its Application

As an example of its application, a reformulation of the philosophical arguments in the famous debate between Mencius and Gaozi will be exposed.

Third Lecture: Gongsun Long’s thesis: “A White Horse is not a Horse”. A New Interpretation and Re-determination of its Place in the Development of Chinese Logic

Third Lecture:  Gongsun Long’s thesis: “A White Horse is not a Horse”. A New Interpretation and Re-determination of its Place in the Development of Chinese Logic

Traditionally, Gongsun Long was identified as a sophist or dialectician. In playing with paradoxical theses such as ‘a white horse is not a horse,” he was mainly regarded as a negative figure in the history of Chinese philosophy. Nonetheless, against such undermining of Gongsun’s contribution, we will argue for a positive understanding of this logician’s work. This will be seen as an only serious attempt to explore a possibility of developing the deductive way of thinking out of Chinese language in the past, despite its failure in reception.

Although the rise of the Parallel Data Processing (PDP) paradigm and the statistical approach in AI downplays the power of Hubert Dreyfus’s critical arguments against AI in his What Computers Can’t Do?, it should rethink the idea of machine thinking introduced by Alan Turing. As Turing observed, machine thinking is different from human thinking, and his introduction of machine thinking does not aim to replace human thinking. Nonetheless, in terms of analogical thinking it is still possible to set a boundary to the power of machine thinking (AI). It is also true that Herbert Simon’s program of “computer model of mind” loses its attraction. In order to implement the attempt to promote the level of parrot-type intelligence to that of crow-type intelligence as propounded by Zhu Songchun, it would be rather to learn from human thinking. For David Marr’s approach in vision is limited to the area of pattern recognition. But in the case of a crow, it is at least a type of intelligence belonging to the dimension of problem solving. Particularly, it involves the operators such as “hypothetical reasoning” and “goal setting.”  More generally, the complementarity of “analogical thinking,” “indicative thinking,” and “deductive thinking” might function as a model case for any explorations along this line of development. Finally, this lecture will briefly discuss the relevance of the results in the phenomenology of thinking to literature (especially, for a deeper understanding of the nature of ideas such as fu  (narration),  bi (metaphor), xing (indication) ), politics, society, etc.

It is one of our major theses that there are only three elementary types of logic: (I) analogical logic, (II) indicative logic, and (III) deductive logic. In justifying this thesis, we will start with Charles Peirce’s semiotics as a theory of signs. According to Peirce, there are only three kinds of elementary signs: (I) icon, (II) index, (III) symbol. Given the hieroglyphic nature of the Chinese language  –  Chinese characters are primarily icons, whereas Sanskrit phonemes function as indices in ancient India, and Western languages consist of symbols. As a result, it is no wonder that there are only three elementary types of logic. In details, we will show concretely how Peirce’s semiotics provides us with a way to justify our thesis. 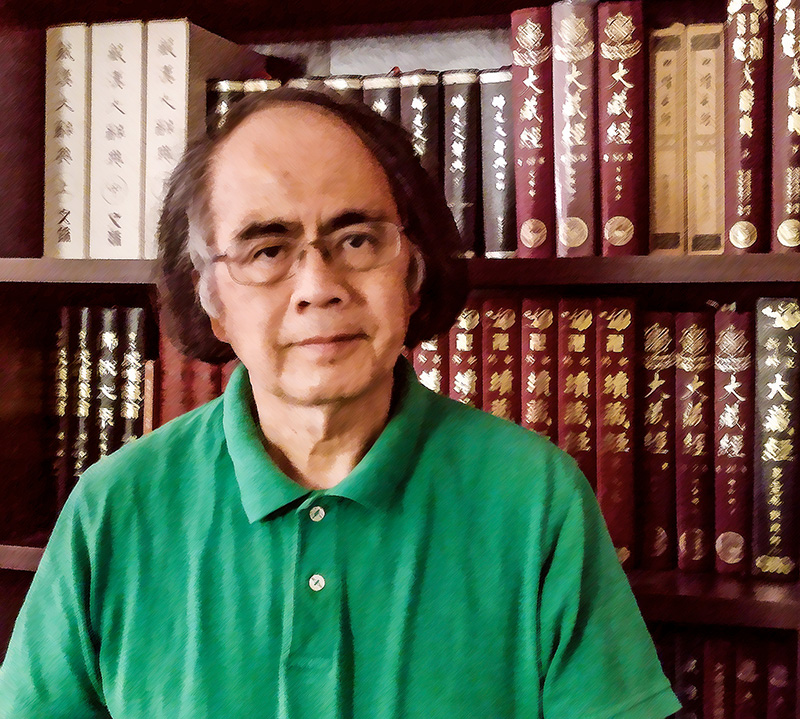